Exploring Animal Classification… in the Amazon!

Are you ready to encounter animals that live in one of the most beautiful and lush places on the planet? Buckle up for an incredible Amazon adventure where you will discover some of the Amazon’s coolest creatures and what makes them unique.

Animal classification is a system that scientists use. In this animal classifying activity, your budding scientists will have the chance to classify and sort animals into groups by looking closely at their similarities and differences. This will help them build important problem-solving skills as they start to notice relationships and patterns in the world around them.

As your child explores the patterns they notice, don’t get stuck only looking at more traditional classification groups. The littlest learners may want to classify by other means such as color, which may mean a butterfly, monkey, and frog all end up in the same group—and that’s totally okay! They are noticing details, grouping by them, and, most importantly, having fun. 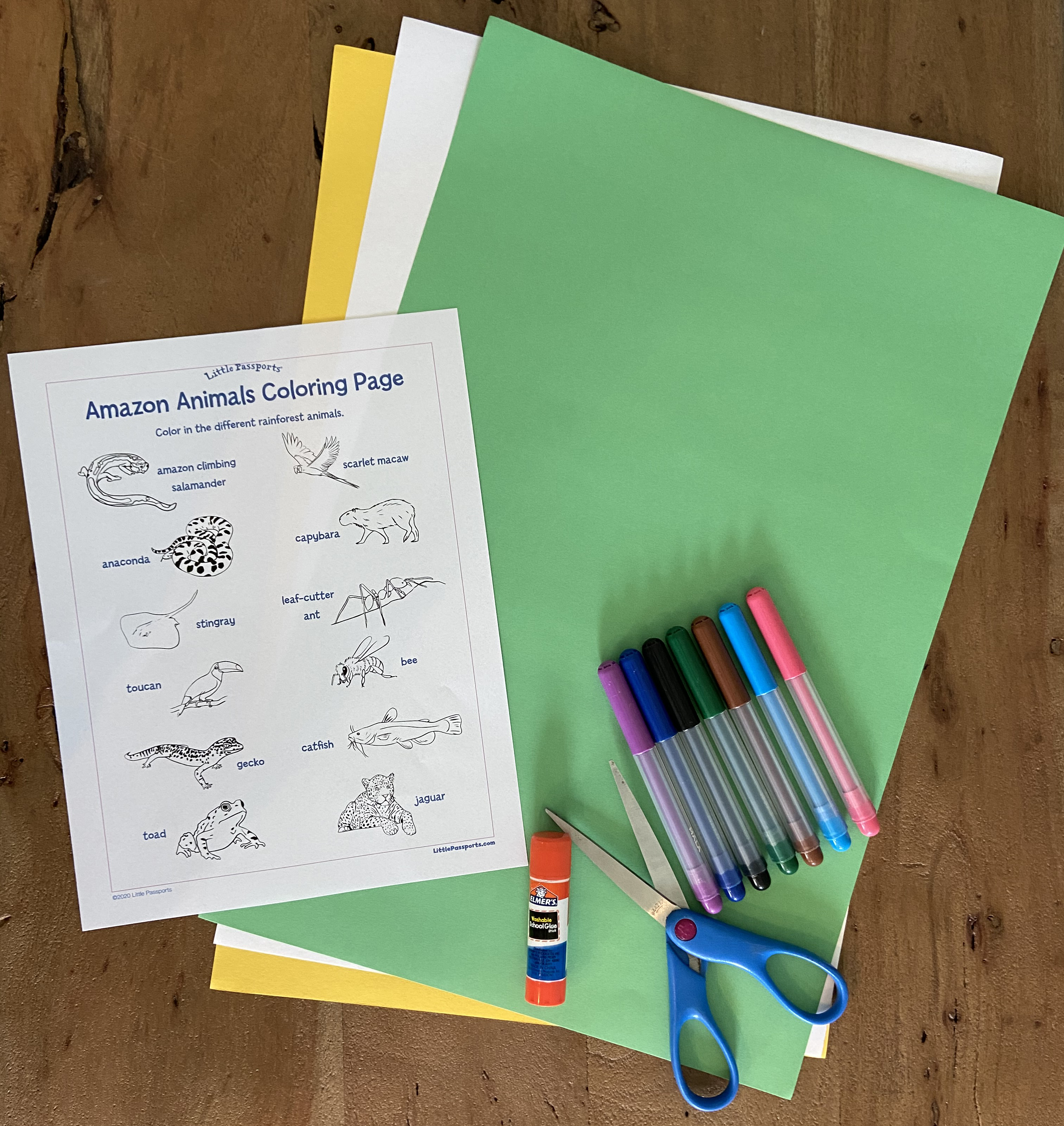 Step 1: Draw a rainforest background. The rainforest is divided into four layers: the emergent layer, canopy, understory, and forest floor.

As your child draws, ask them fun questions about the animals that live in each layer. If you were an animal in the Amazon, where would you want to live? High in the canopy like a bird or sloth, or in the water? If you chose water, watch out for the electric eels! 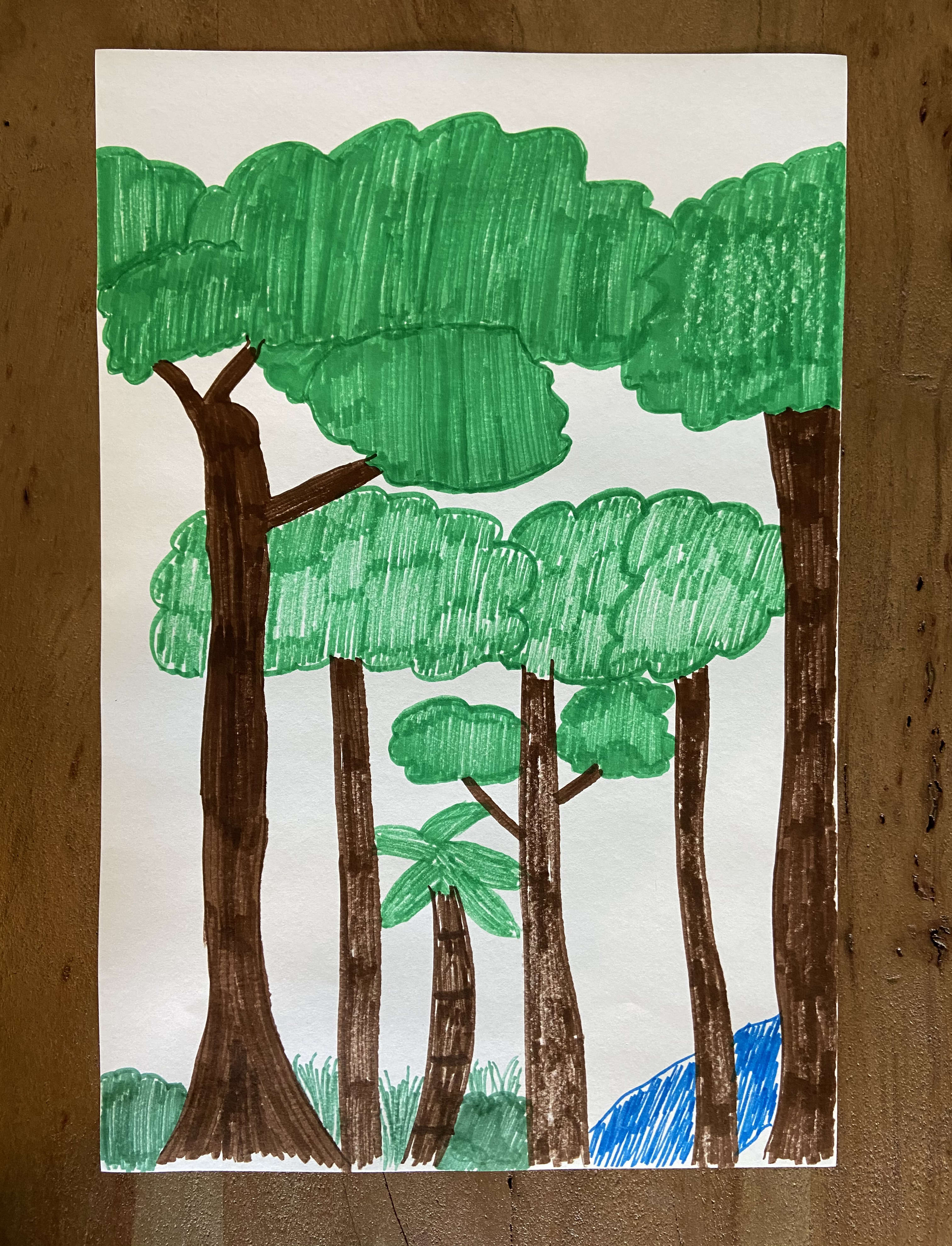 Step 2: When you’ve finished your rainforest, color and cut out your animals from the printable. Sort them into groups. Look closely at all of their amazing features, pick two animals that you think go together, and talk about why. If your child is ready to start looking at the traditional animal classification categories (mammal, reptile, bird, insect, fish, amphibian), go for it! 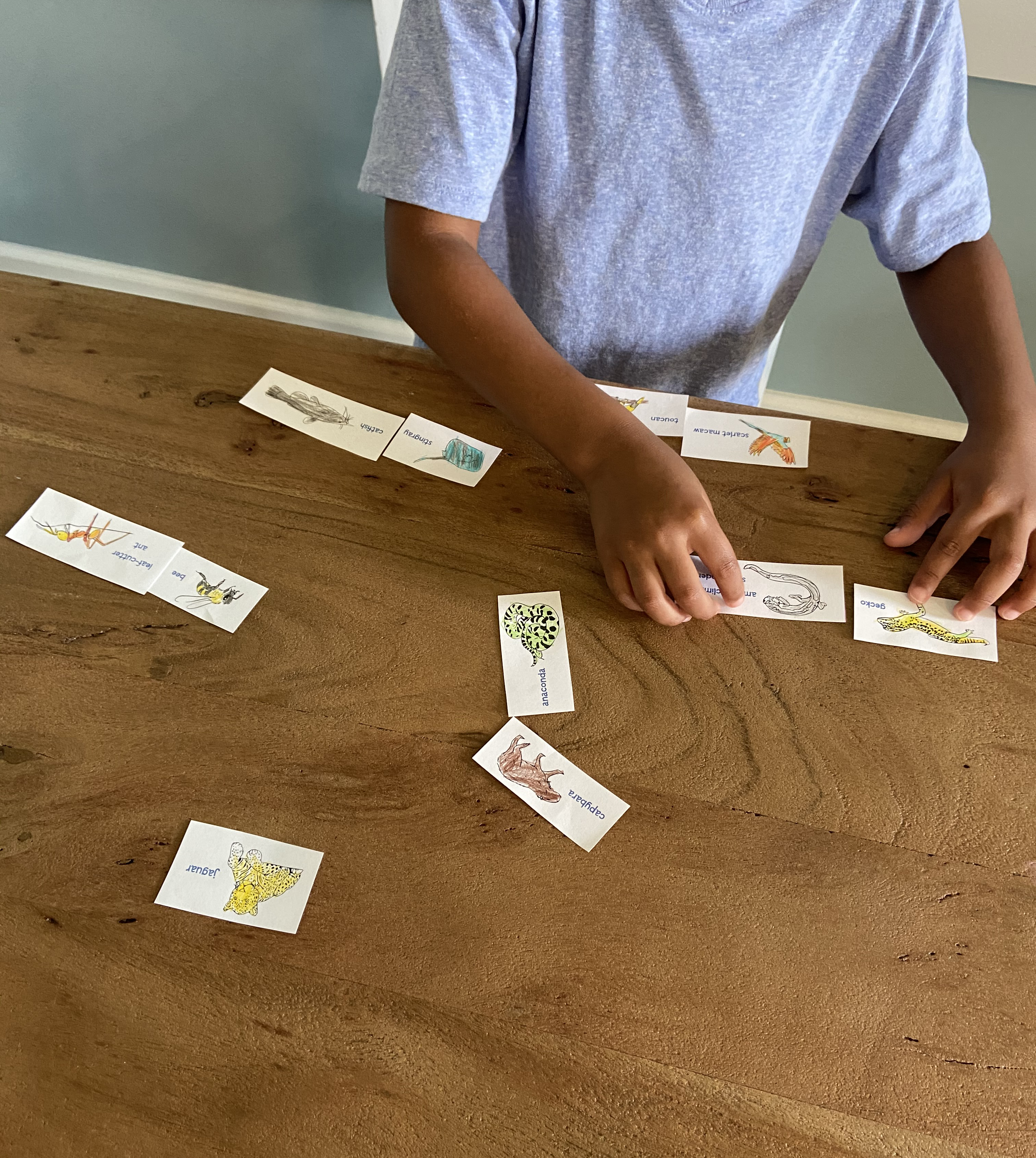 Step 3: Next, create labels for each of the groups you created with construction paper and markers. If your child is a budding writer, this is a great opportunity for them to practice. They can sound out the words themselves, or you can create a few dotted letters on each label that would be fun to trace. As you sort and label, take the opportunity to reminisce about other fun experiences you may have had with animals in real life: “Ooh! You grouped two reptiles together. Do you remember the snake you touched at the zoo and how much you liked its smooth scaly skin?” 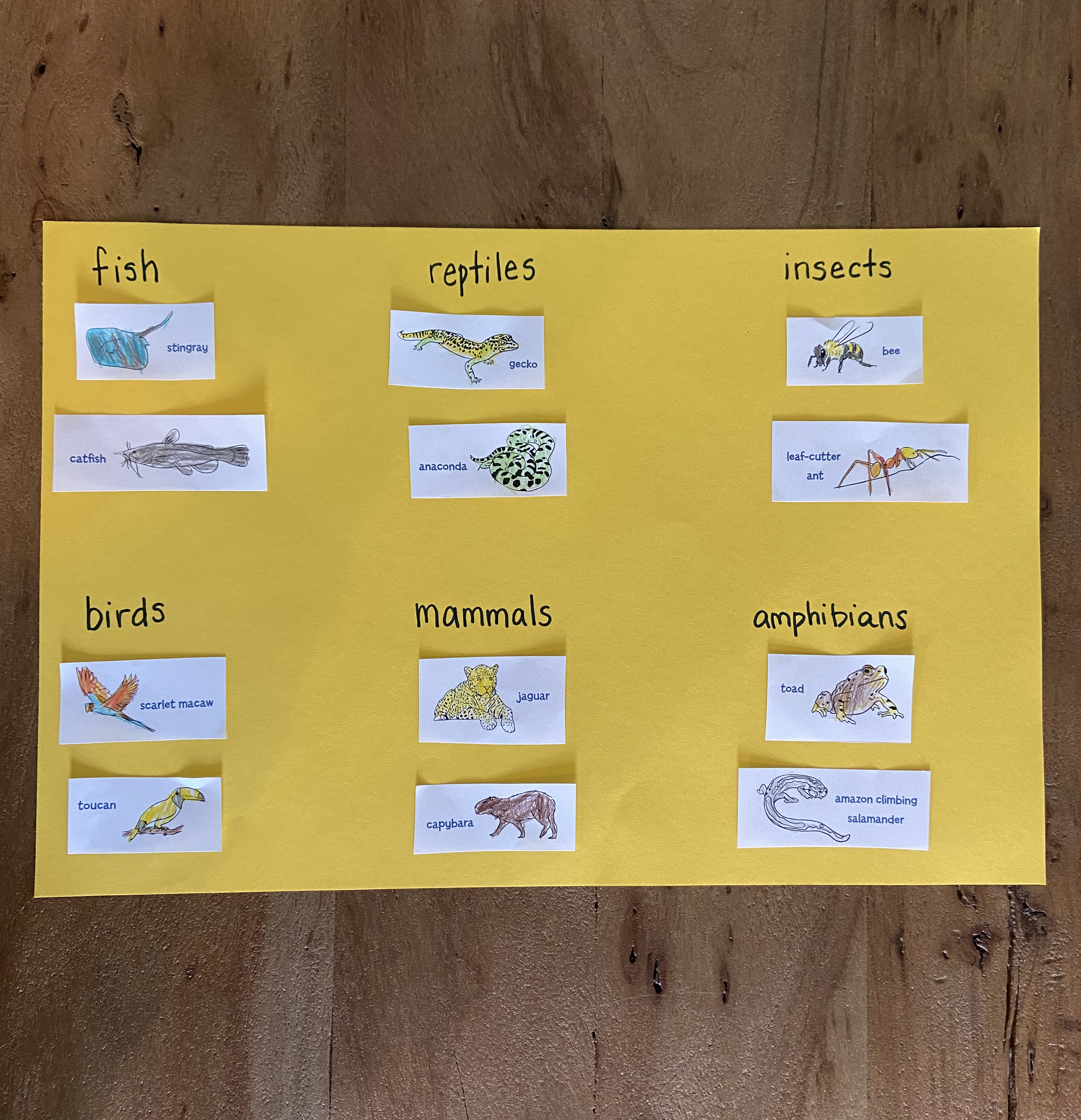 Step 4: Glue the animals from the different groups onto the rainforest background.

Step 5: After completing your animal classification activity, display it for the whole family to enjoy. You can also check out this awesome printable on how to draw Amazon animals and continue adding to your collage over time! 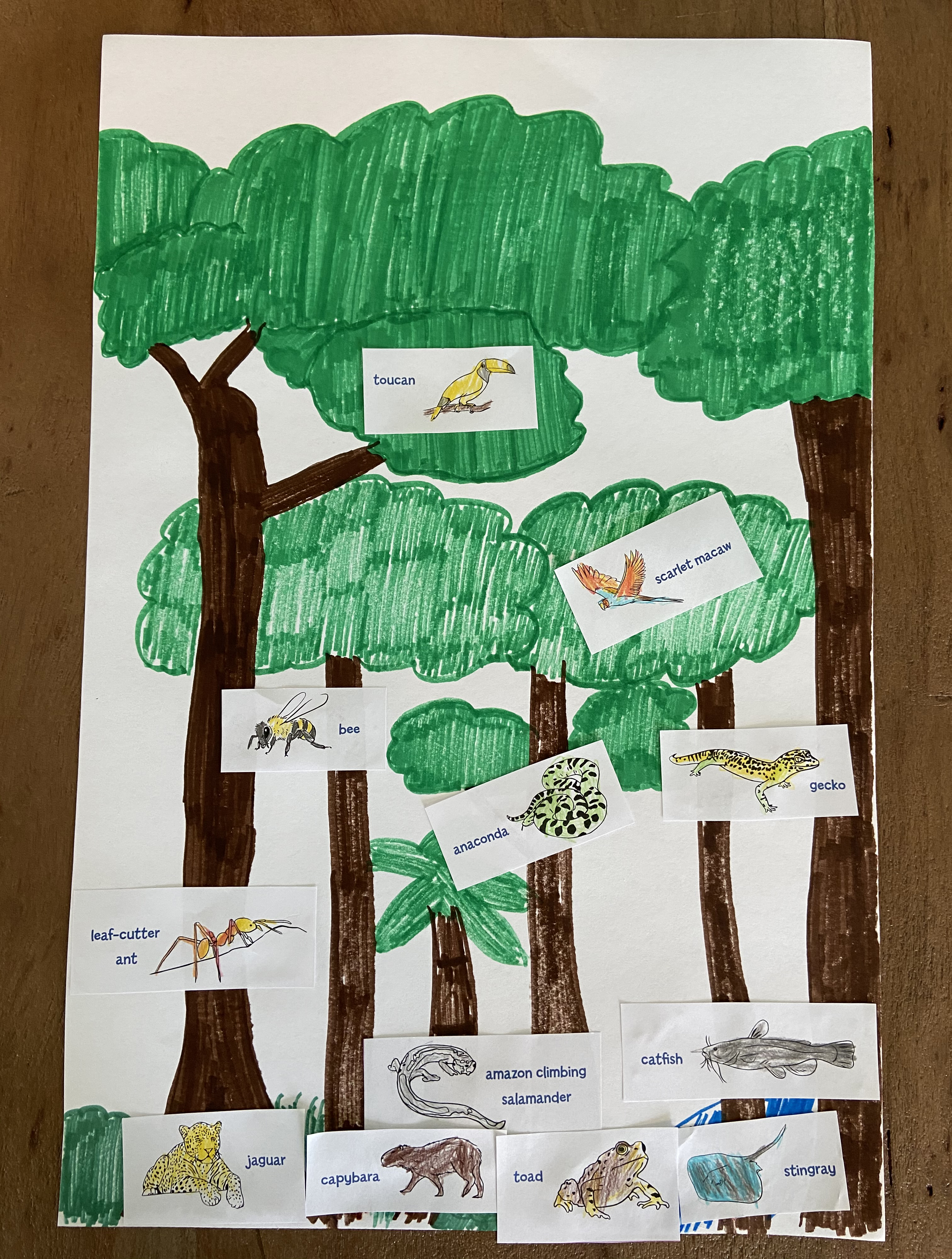 Bring on the science!

During this activity, natural questions may come up.  If they don’t, start a discussion using the questions below!

1. Why do scientists classify animals?

Scientists classify animals because it helps them understand the relationships between different species. There are also many different classification systems. Someone who studies fish, for example, might classify the fish based on whether they live in a lake, river, or ocean. The following is a list of the more traditional animal classification categories and examples of rainforest animals for each one.

See the Amazon rainforest animals from our printable correctly classified.

2. Why is the Amazon rainforest a great place to explore animal classification?

The Amazon rainforest is HUGE. It’s actually the largest tropical rainforest in the world. It’s so big that it spans over one billion acres of dense forest and includes over 4,000 miles of rivers. This much space provides homes to thousands of different species of animals.

In our World Edition package, you can learn even more about the Amazon and Brazil (one of the nine countries in South America that contain the Amazon rainforest)! 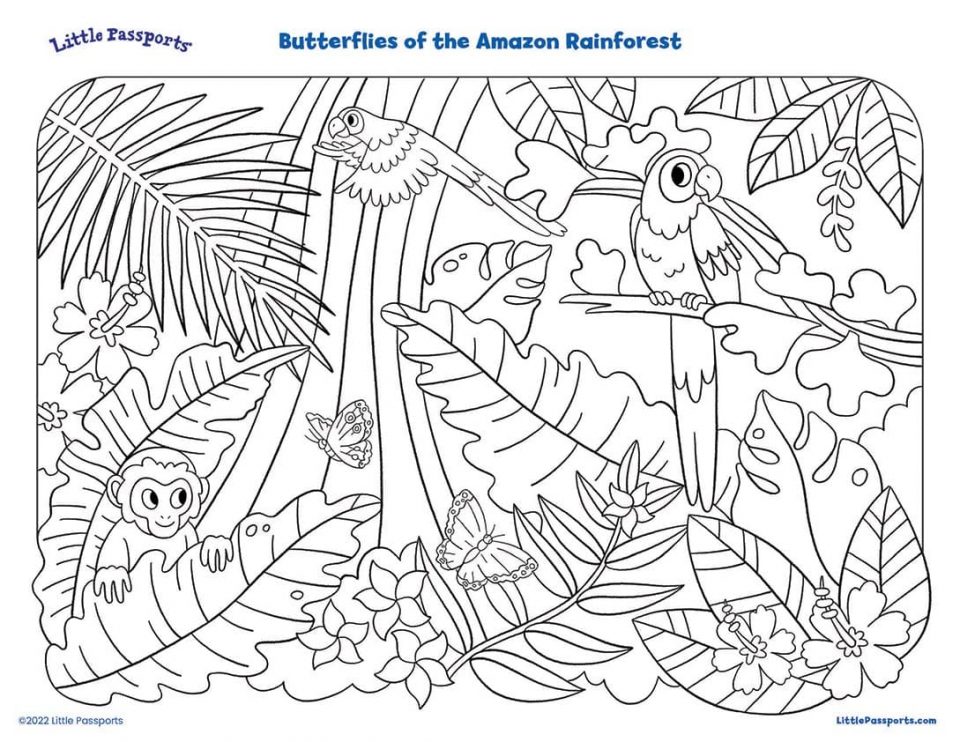