What Does Mars Look Like? Fascinating Facts about the Red Planet

If your young space adventurer has begun to explore the solar system, chances are they’re curious about one of our nearest planetary neighbors, Mars. And it’s no wonder! Humankind was fascinated with the Red Planet long before Galileo Galilei first observed it with a telescope in 1610. From the ancient Greeks and Romans to crafters of modern-day sci-fi, Mars has captivated cultures worldwide.

Of all the worlds in the solar system, the Red Planet is the neighbor we know the most about. So strap in as we embark on an interplanetary journey of exploration to discover what Mars looks like and unearth other facts about Mars that will inspire and delight.

Lift off in three, two, one!

Getting to Know the Neighbors

Mars is Earth’s next-door neighbor and the fourth planet from the Sun. Because it’s so close, humans have been able to observe it with the naked eye since ancient times.

Ever wonder what gives the planet its iconic color? Mars’s surface consists mainly of iron oxide, the same chemical that forms rust. There’s so much of this compound in the rocks that the entire planet has a rust-colored hue you can see all the way from home. From Earth, Mars looks like a bright red dot hanging low over the night sky. The rosy glow it produces when it catches and reflects sunlight inspired its nickname, the Red Planet.

Once their interest is piqued, your child might ask about visiting Mars. Do they know what to pack for their trip? Before you pull out the luggage and fuel up a cardboard spaceship for a pretend expedition, here are a few things to consider:

The Martian atmosphere is a thin combination of carbon dioxide (95 percent), nitrogen (2.7 percent), argon (1.6 percent), oxygen (0.13 percent), and carbon monoxide (0.08 percent). That’s not a mix of gases humans can breathe, so sustaining life on Mars would be an enormous challenge.

With Mars’s atmosphere being less dense than Earth’s (one hundred times thinner, to be exact), you might think it wouldn’t produce any dramatic weather. Not so! Even though the air on Mars is thin, it can still produce clouds, winds, and even storms. And they’re not just any storms. These can last for months and cover the entire planet. Mars is home to the largest dust storms in the solar system!

Scientists believe these massive weather systems occur when dust particles in the atmosphere trap sunlight and warm the air around them. These warm pockets create wind that moves them toward cooler regions of the planet, warming everything as they go. The process sends more dust into the air, which raises the temperature. This generates even more wind, moving the warm air farther. The cycle repeats until a single dust storm covers the entirety of the planet.

Adapting to Mars’s mega dust storms is one of the greatest challenges humans must overcome before we can finally set foot on the Red Planet. Scientists were reminded of this in 2018 when a dust storm that raged for weeks blocked sunlight from recharging the solar panels of NASA’s Mars rover Opportunity.

As extreme as they are, Mars’s dust storms are helpful to astronomers researching the planet’s geography. The winds assist in exposing exciting features of the planet’s surface. Mountain ranges, craters, and valleys make up much of Mars’s terrain. The Red Planet is home to the highest mountain and the deepest, longest valley in the solar system.

If you’re looking for a mountaineering challenge, you can’t get one bigger than Mars’s Olympus Mons. This volcano stands 17 miles high (27 kilometers). That’s three times higher than Mount Everest on Earth! First observed by Mariner 9 in 1971, it was one of the planet’s first geographic features to appear when a dust storm settled after the probe’s arrival. But it hasn’t erupted for more than twenty-five million years, and none of the volcanoes on Mars’s surface are active.

Olympus Mons wasn’t the only record breaker discovered on that trip. Mariner also mapped the Valles Marineris, a series of valleys that penetrates as deep as 6 miles (9.65 kilometers) beneath the planet’s surface and runs from east to west for a distance of 2,500 miles (4,023 km). That’s about the width of the Australian continent. It’s huge!

If your aspiring space adventurer is interested in meteorites and asteroids, they’ll love Mars. Mars has many ancient craters, including the Hellas Planitia, which is 15 times bigger than Earth’s most significant impact crater, the Vredefort Crater in South Africa.

Thanks to NASA’s Mars exploration program and its collaborators worldwide, the Red Planet is the second most studied heavenly body in the solar system, after the Moon. That means there’s a lot to know before pretend-launching into space for a visit:

What’s in a Name?

Because of its color, there was once a lot of suspicion surrounding the planet Mars. Many felt that seeing it brought conflict, so Europeans named it after the Roman god of war. Its moons were named for the god Mars’s two sons. Phobos means “fear,” while Deimos is “panic.” Egyptians called the planet Her Desher, meaning “the red one,” and ancient Chinese astronomers referred to Mars as huŏ xīng, “the fire star.”

How Big Is Mars?

Mars is relatively small, only a little more than half the size of Earth, but twice as large as the Moon. There’s only one smaller planet in our solar system—Mercury. It would take more than 8,050 balls the size of Mars to fill up the planet Jupiter.

How Long Are Days and Years on Mars?

Although Mars is smaller than Earth, the Red Planet has some pretty big differences from ours. Days on Mars last just a little bit longer than at home, taking 24 hours and 40 minutes. The most significant difference between the two planets lies in year lengths. Because Mars is about 1 ½ times farther away from the Sun than Earth, a year lasts much longer there (687 Earth days, to be exact).

Does Mars Have a Moon?

Yes! In fact, it has two: Phobos and Deimos. Astronomer Asaph Hall discovered them in 1877. He nearly abandoned his search the night before, but his wife Angelina encouraged him to keep looking. The next night, he spotted Deimos, and six days later, he discovered Phobos. Thanks, Angelina!

Is There Water On Mars?

Astronomers initially believed there was never any liquid water on Mars. But after they started mapping the Martian surface in the 1970s, they found physical evidence, like channels emerging from the Valles Marineris and other canyons, that suggests water once flowed freely on the planet’s surface. There’s also evidence of a saltwater lake hidden beneath the frozen carbon dioxide surface of the southern polar ice cap.

What Do You Call an Earthquake on Mars?

You guessed it! A “marsquake.” Interestingly, Mars’s surface has been discovered to quake much like Earth’s. When NASA’s InSight probe landed on the planet’s surface in 2018, it detected two significant seismic events. Mars doesn’t have tectonic plates like Earth, so astronomers believe these quakes are caused by shifting magma surrounding the planet’s iron core. The longest marsquake ever measured lasted 94 minutes.

Now that your child has discovered many interesting facts about Mars, they probably can’t wait to visit. So when can they blast off?

NASA expects to launch a crewed space exploration to Mars sometime after 2030. But for now, there have only been uncrewed Mars missions. The first uncrewed exploration of the planet took place during the Mariner 4 mission in 1964, followed by Mariner 6 and Mariner 7 in 1969. Those orbiters took the first pictures of the surface.

In 1971, the Mariner 9 orbiter circled the planet, mapping 80 percent of the surface and discovering many of the Martian wonders we know today.

Other missions to Mars include:

NASA has two other vehicles currently in orbit studying the planet: the Mars Reconnaissance Orbiter (MRO) and the Mars Atmosphere and Volatile Evolution spacecraft, known as MAVEN. The MRO takes high-definition photos, while MAVEN is helping scientists investigate how Mars lost all its water. And there are many more missions to Mars underway. The European Space Agency (ESA), China, Russia, India, and the United Arab Emirates are all conducting missions to study the Red Planet.

It will take some time before the world is ready to send humans to the surface of Mars. But that means your junior space explorer has plenty of time to become an expert on all things Martian and imagine joining the expedition.

The Next Mission? Fun!

Does the idea of touching down on the Red Planet have your child eager to learn more? Send their interests soaring even higher by helping them craft an astronaut friend to join them as they journey farther into the solar system. Or let them discover why Venus and other planets are round—or encourage them to embark on an expedition to find the coldest place in the known universe.

The adventures don’t have to end there. Launch your child’s space and STEM-based explorations with our Space Quest subscription box. It’s loaded with hands-on science activities to keep the fun going.

Discover Which Planet Has the Most Moons 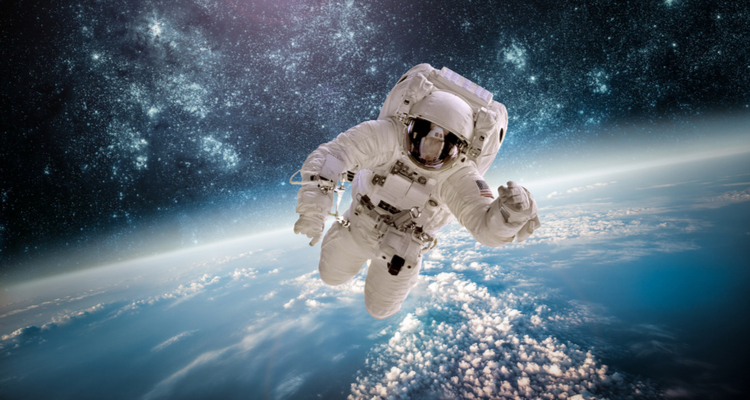 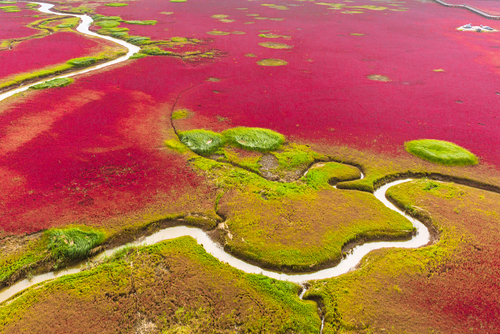